After 18 years living in central Idaho, I FINALLY made the trek to City of Rocks National Reserve. What took me so long? Well, so much to see, so little time I suppose. Now that I have been, I already have plans to build another road trip around an extended stay at City of Rocks. At least 3 days. It is seriously a jaw dropping natural wonder, i.e. when I was driving into the reserve, concluding a 7 hour drive from Great Basin National Park, my jaw dropped and my mouth was muttering, “woooow”. I’m not a rock climber, though I love to scramble, peak-bag, and off-trail hike. City of Rocks delivers for non-climbers. I visited on a Monday/Tuesday in late April, and I saw a total of 3 people. A memorable moment even occurred while I was sleeping, or after I was awoken. A break in the storm gave a moment for multiple owls to carry on with an impressive hoot session. I cannot be certain, but my guess was at least 4 separate owls hooting! It was special. 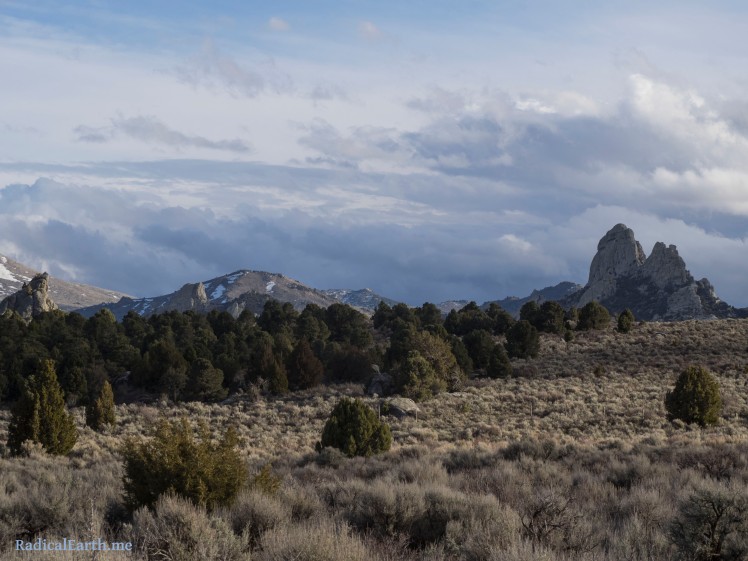